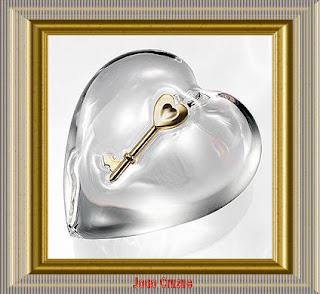 He always choices better. I know, by my own experience, that the secret of happiness comes from the right choices we do, and I also know that if we hear His voice before acting, maybe we pay a certain price, but it worths the pity to pay because it will be peace and blessings for sure. This week I was think over the life of David, the second king of Israel. A young man shepherd of sheeps, that turned to be the greater and better King that Israel ever had. His testimony, even today, can bless you. Before to go ahead, I am going to say one thing: Jesus, my Lord, loves you.

The fisrt king over Israel was Saul. When that people began to look at the neighbors nations and to hear the dones of their kings, they went to the elders of Israel and, by their turn, they go to Samuel prophet to ask for a king, to jugde their causes and to lead them in wars. That such request looked to be bad to the Lord, that saw they put Him out of the process of the choice of the sucessor of Samuel. So God provided a king according to their bad heart. Tall, strong and handsome. Maybe blond of blue eyes...

A standard of beauty for the eyes of anyone. For God adivised them that a king it will come with expensive costs of a State, that is, taxes, war expenses, supplies to the palacies, parties and more parties. Everything it would be costed by the people's money.It would also come the gathering of youngs to the army, and theyr daughters would serve as maid at the royal palaces. At last, God said: When this same people come to me to complaint for so many expenses, taxes and to murmur of repentancy of their king, I will not hear them.

If you want one thing, out of God's will, you will support the consequences of your choice. And it was so, that Saul began to reign over Israel. Behind that tall, strong and handsome young man there were also three big defects not at sight, yet.

Saul was a rebel. he did not obey a single commandment of the Lord. God ordered him to do one thing and he always change that orders. A sample of that is at I Samuel 15. Against the Amalekits he no only disobeyied as well as came to way that everthing he did different was to serve and to use in sacrifices of worship to God.

Rebelliousness is a letal sin. God compares it as a sin of witchcraft. When the world says it is not bad - for sure, God condemns it. If God reproves it, you going to be alone, without His blessings due to hear wrong advises, the most of all from your intimate friends, that ones who never reprehend you, or do not prayied to God, before to counsel you, or even not christian people, to whon you, unhappily, opened your heart.

Or you listen to the voice of God or you embarass yourself with wrong choices. The evil purpose is to destroy your communion with God when you follow in ways, that later, reveals as fruits of bad choices. A insecure person always looks after opinion from anyone. Sometimes the evil needs not to move a toe, because that such person is behing of a wrong direction. lately, whem the things come to end wrongs, the same advisors will say: "I told you many times to do not do so, but you didn't want to hear me..." When actually, it was for their sake you fell down.

King Saul was so, he appreciated the opinions of the people and always disobeyied God's orders.

Saul was fearful. At his first war against philistines the men of his army were escaping before the beginning of the war. And because of the fear, his third and worst defect was displayied: the haste. He was so hurried that he began the war against philistines without have prayed before, and to hear the God's voice. He didn't await for the Prophet Samuel and offered a sacrifice that only the Prophet could do. For this sake, Samuel reprehended Saul: You just have to go to Gilgal to be waiting for me. We would first pray, then offer a shoah, and only after that, you should prepare to war.

Results: Saul gathered the army first to prayed after. The soldiers were terrified by the size of the enemy army and shuddered. The dread also took Saul, who now remembered of looking for the God's prensence. Before difficults was from the Saul's character to act first, and just to look for God after the disaster.

If Saul represents a kind of Christian that acts first to pray after, David, his future successor, did exactly the opposite. He did not hesitate: he always consulted the Lord before to do anything. Therefore, God loved David. The Psalm 40 tells us about his character : "I waited patiently for the LORD; And He inclined to me, And heard my cry.

Three great virtues was part of the David's character. He feared the Lord, therefore he obeyied Him. He only decided to do something after knowing the God's will and was patient on wainting for the answer. God appreciated his atitudes. He had two opportunities to kill his father-in-law - Saul - and to take the kingdom by force. Even adivised to do it, David did not so.

He preferred to live as fugitive till the time God prepared the days of his reign. Davi had received the king's anointing, but anointing was a promise and to be a king it was the reality. If he had heard the advices, which seemed reasonable, to kill his father-in-law and to be released of the pursuit, he would have opened a door for the devil, that never might be closed. David did not mistake with problems of haste.

Davi was courageous because God did not give us a Spirit of fear, of weakness in troubles, but a Spirit of strength, love and moderation. While Saul and all his army was shuddering before the menaces of Golias, Davi was not feeling fear. He grew angry when heared the giant cursing of Israel and the Lord. Fear did not make part of his daily life.